We are having a pandemic. What the hell is wrong with people? I saw on the news that a nightclub in SF was busted for being open. Do these people think they are immune? Seriously?

On next-door.com some idiot posted having their cottage ready to rent for a week up to 3 months. Illegal Airbnb? Not registered rental? Are you crazy? WHO would want strangers running back and forth by their house during a pandemic? Are you insane? Will the authorities find their cold dead bodies in the house somewhere? WTF? I hope the righteous fuckers  on nextdoor.com gave them hell. (I personally think hackers are posting all kinds of stupid irrupting crap on next-door.com as it’s really hard to believe that many people are high and mighty opinionated dick wads, right?)

Then I read on twitter from a woman saying that she was wondering if any of us are aware that  are rights are slowly being eroded away. Hell yes, every day, but considering we are invaded by a virus and having shelter in place, I don’t have a problem with it.  I have a problem with MFers not staying 6 ft away from me.

Then I read her complaining that her father went to the cemetery to put flowers on her mothers grave yesterday (Easter) and the police ran him off. She said something like, what did I tell you about our rights?  LADY- was that essential travel? HELL NO. STAY  HOME!!!

I went out to move the garbage cans from the street (which I swear last night around 2am sounded like someone digging through them. Really? Where in the hell are you going to cash in recycles?) and a guy is walking down the sidewalk coming right at me. I rolled that big ol’ ugly heavy plastic can into the yard as fast I could damn near poking my eye out from a bush. WTF?

While I’ve got the bullhorn out, SF Muni bus service SUCKS! They damn near closed most of the routes, increasing waiting times and STILL allow homeless to ride for free. Today they are saying they might just shut down all together. Many essential workers depend on bus service. NOW WHAT???? Do you not want them to show up to stock the stores or take care of the sick?

Speaking of the the homeless, why didn’t SF & the bay area do something years ago? It’s so out of control! NO ONE should live on the streets PERIOD.  The money in the bay area is over the top and nothing was ever done until now trying to get them shelter.  DAMN already!!

Bottom line is do you want to be stuck inside another month or two because you had to run out and do something totally unnecessary? What the hell is wrong with people? Oh, that’s right! You must be a  stupid wise ass, right? 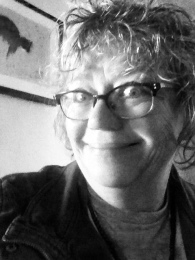